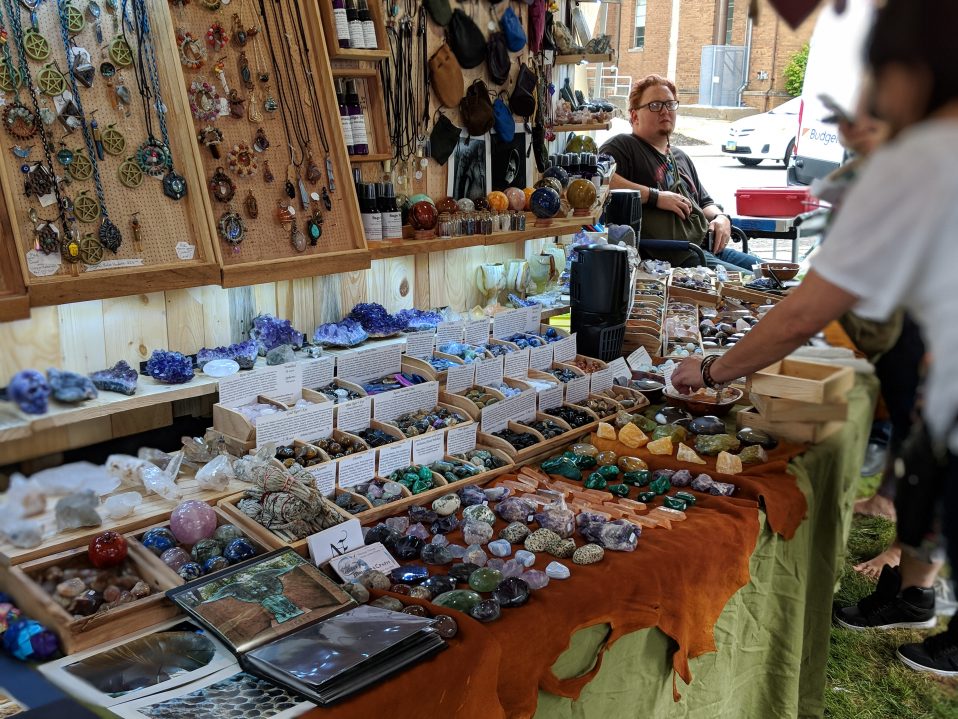 Earth, Air, Water, Fire – these are the the elements basic to all life.  And, as human beings, many of us recognize a spirit that is the driving force behind it all.  Pagan is often a misunderstood term – it includes any person holding religious beliefs other than those of the main world religions.  They represent a form of worship that heralds back to an ancient time but yet celebrates the same “spirit” of mankind.  The mission of the Pagan Pride Project is to foster pride in Pagan identity through education, activism, charity and community.

On the last weekend in August, pagans come to Bedford Commons to demonstrate their beliefs and to encourage tolerance through education and information.  Open to the public, both Pagan and non-Pagan, suggested admission is a donation of two non-perishable food items for the Southeast Clergy Food Bank.

Your ticket for the: Cleveland Pagan Pride Days